Exploring Subjectivity: From Ziggy Stardust to the Thin White Duke


The Thin White Duke was David Bowie's 1975 and 1976 persona and character. He is primarily identified with Bowie's 1976 album Station to Station and is mentioned by name in the title track. However, Bowie had begun to adopt the "Duke" persona during the preceding Young Americans tour and promotion in 1975. The persona's look and character are somewhat based on Thomas Jerome Newton, the titular humanoid alien played by Bowie in the 1976 film The Man Who Fell to Earth.

The Thin White Duke was a controversial figure due to ostensibly pro-fascist statements made by Bowie in press interviews. Soon after making the comments, Bowie claimed that they were "theatrical" remarks made in character and did not reflect his actual views. In later years, he blamed his erratic behaviour during his mid-1970s Duke era on an "astronomical" use of hard drugs (particularly cocaine) while living in Los Angeles.

Bowie left California for Europe in 1976 to improve his mental and physical well-being. He settled in West Berlin in early 1977, at which point he quietly retired the Thin White Duke persona. 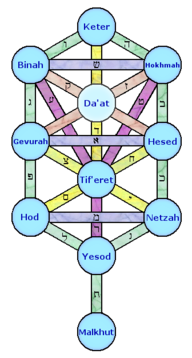 The Sefirot in Jewish Kabbalah 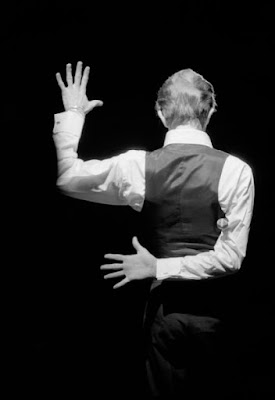 War Crimes, as Defined by Leftists

Apparently, it’s AOK
To mow ‘em down with bullets,
But don’t dare try to kill ‘em off
By poisoning their pullets.

It’s all right too when bombs
Rain from aloft or on the level,
But when you kill with poison gas,
You’re in league with the Devil.

Lock ‘em in a building,
Then burn it to the ground.
By judges at The Hague
You’ll not be guilty found.

Go drag them from their cells
Into a courtyard to be shot.
The World Court will not chide you,
Nor tell you “Thou shalt not.”

Take mothers, babies, toddlers ––
Grandmas –– anyone who thrives,
Then hack them with machetes
And bayonets to end their lives.

Rape and loot and strangle,
Garrote or stab at will ––
Of you The World Community,
I promise, won’t think ill.

Rob and cripple, maim at will ––
Dislocate their joints.
Multiculturalists will know
You must have your good points.

Gouge their eyes out, slit each tongue.
Sodomize, impale their young.
Club ‘em down, then crush with tractors.
Brussels won’t call you bad actors.

BUT, urinate upon the corpse
Who tortured your best buddy,
And you’ll be tossed in the stockade
With nose broken and bloody.

And should you dare to wipe yourself
With leaves from the the Koran,
‘Tis YOU The World Community
Will call BARBARIAN!

As with all "morality," punish the shit out of people dumb enough to get caught.