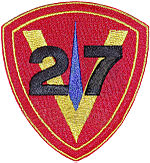 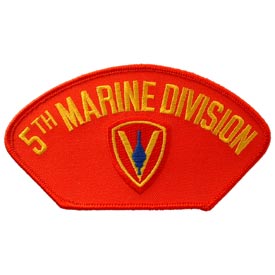 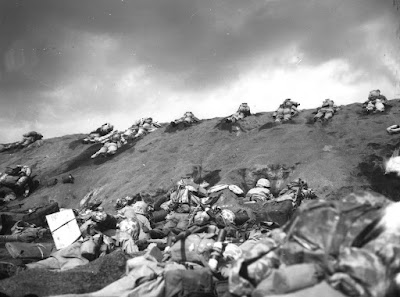 Bring in the New Napoleons

Napoleon's part in the saving of the Convention, and of its plans for the new regime of five directors, is a simple one. On being appointed one of the commanders to defend the seat of government in the Tuileries (with a force which looks like being outnumbered six to one by the rebels), he asks one simple question: 'Where is the artillery?' He has appreciated that in the straight streets around the Tuileries the issue may be decided by a few cannon rather than thousands of muskets.

Forty guns are known to be in a camp six miles away. Joachim Murat (a brilliant cavalry officer, and later Napoleon's brother-in-law) is despatched to fetch them.

A rebel force is already on its way to seize these valuable weapons but Murat, galloping at the head of a squadron of 200 troopers, reaches the camp first. His men drag the cannon to Paris.

Fortunately for the members of the Convention, waiting nervously in the Tuileries, the rebels decide on a direct frontal attack rather than anything more subtle. During the afternoon of 13 Vendémiaire (October 5) columns of armed men, marching to drums, arrive in the Rue St Honoré and turn into the streets leading to the Tuileries. They are exchanging musket fire with the Convention's troops when the first volleys of grapeshot from Napoleon's cannon tear into their ranks.

The encounter is repeated two or three times during the afternoon, but eventually the rebels scatter. The day belongs unequivocally to the Convention, enabling plans for the new Directory to continue on schedule.

Much credit, very possibly exaggerated, is given to the 26-year-old Napoleon for this narrow escape from disaster. In the early months of the Directory he is rapidly promoted until, in March 1796, he becomes commander-in-chief of the French army in Italy. His success in this role brings him such a reputation in France that by 1799 he is himself in a position to replace the Directory.
Posted by -FJ at 8:19 PM No comments:

A view of the "Tower of Babel", an artistic creation of Argentinian artist Marta Minujin with thousands of books in languages from around the world and constructed in San Martin Plaze in Buenos Aires on the 7th of May, 2011. UNESCO has named Buenos Aires the World Capital of the Book for 2011. 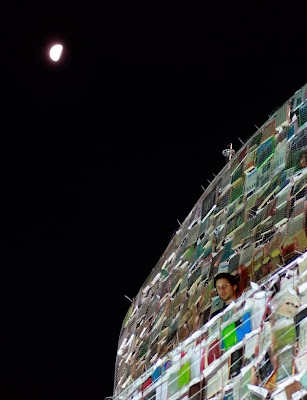 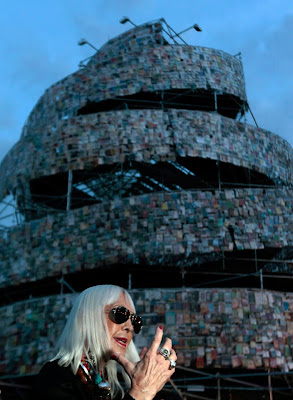 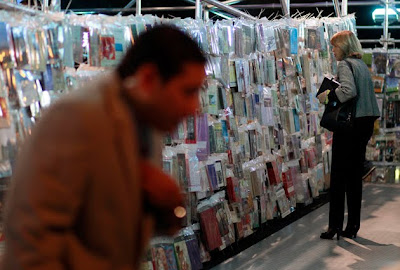 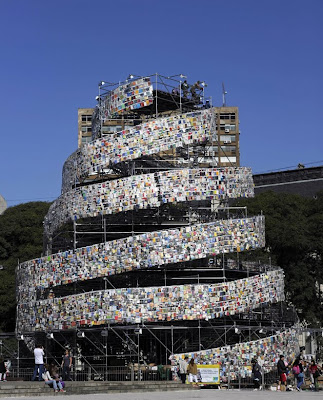 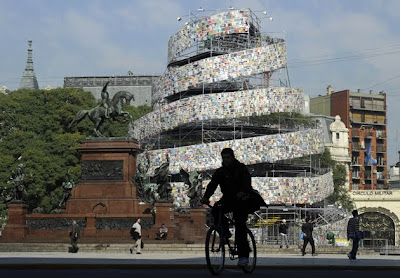 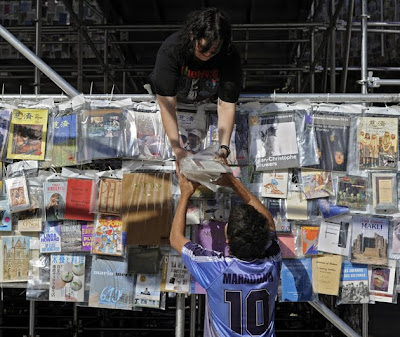 The Problem with "Progressive" Liberalism

STRANGER: Human beings have come out in the same class with the freest and airiest of creation, and have been running a race with them.

STRANGER: And would you not expect the slowest to arrive last?

YOUNG SOCRATES: Indeed I should.

STRANGER: And there is a still more ridiculous consequence, that the king is found running about with the herd and in close competition with the bird-catcher, who of all mankind is most of an adept at the airy life. (Plato is here introducing a new subdivision, i.e. that of bipeds into men and birds. Others however refer the passage to the division into quadrupeds and bipeds, making pigs compete with human beings and the pig-driver with the king. According to this explanation we must translate the words above, 'freest and airiest of creation,' 'worthiest and laziest of creation.')

One Fine May Morn on the Banks of the Schuylkill