On Turning the Other Cheek

You have heard that it was said, "An eye for an eye and a tooth for a tooth." But I tell you not to resist evil. whoever slaps you on your right cheek, turn the other to him also. If anyone wants to sue you and take away your tunic, let him have your cloak also. And whoever compels you to go one mile, go with him two. Give to him who asks you, and from him who wants to borrow from you do not turn away

We normally associate these verses with pacisfism but there is a little more to it than that. These verses were spoken in a culture where honor and shame were culturally significant. A slap in the face was viewed as degrading and was an effort to lower someone's status as they were publically shamed. What does this have to do with the right cheek and then the left cheek? For an answer we have to turn to the Mishnah, which is a collection of legal regulations from the 3rd century AD rabbinic Judaism. In the Mishnah penalties and compensation are prescribed that are due as punishments for various infractions. There was a difference in slapping someone with the back of the hand versus the palm of the hand. When Jesus says, "If someone strikes you on the right cheek," he is talking about a slap with the back of the hand as most people are right handed. The Mishnah lays out compensation for those who experienced such a shaming action: a slap with the palm of the hand carried a penalty twice as much as a slap with the back of the hand. Why should it contain a higher fine? Because to be struck on the right cheek, with the back of the hand, would be more degrading and shameful than to be struck on the left cheek with the palm of the hand. In effect, Jesus is saying, if someone degrades or shames you greatly by a backhanded slap on the right cheek, turn your left cheek to him and see if he's willing to say you are closer to his equal than the initial slap indicated. Of course, this would also inflict more compensatory damage to the one doing the slapping. This verse does not say as much about pacifism as it has to say about the culture of honor and shame that they lived in. They heard the words totally different than we hear them today.

Matt Dabbs, "What Does it Mean to Turn the Other Cheek"

In spring the Kydonian
apple trees, watered by flowing
streams there where the Maidens
have their unravished garden, and vine buds,
growing under the shadowy branches
of the vines, bloom and flourish. For me, however, love
is at rest in no season
but like the Thracian north wind,
ablaze with lightning,
rushing from Aphrodite with scorching
fits of madness, dark and unrestrained,
it forcibly convulses from their very roots
my mind and heart.
- Ibycus, "Fragment 286"
Posted by -FJ at 8:03 PM No comments:

Astraea Bids Farewell to the Peasants 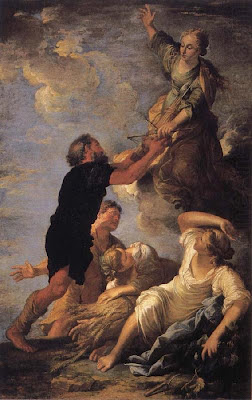 
"Jove means to settle
Astraea in her seat again,
And let down from his golden chain
An age of better metal." 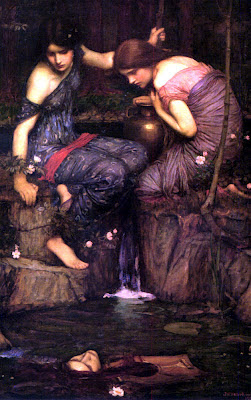 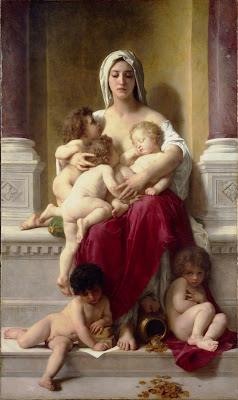 Check out my feet!

When I was a child, I spoke as a child, I understood as a child, I thought as a child: but when I became a man, I put away childish things. For now we see through a glass, darkly; but then face to face: now I know in part; but then shall I know even as also I am known.

And now abideth faith, hope, charity, these three; but the greatest of these is charity.

Note that the King James Version (1 Corinthians 13) uses both the words charity and love to translate the idea of caritas / ἀγάπη: sometimes it uses one, then sometimes the other, for the same concept. Most other English translations, both before and since, do not; instead throughout they use the same more direct English word love, so that the unity of the teaching should not be in doubt. Love can have other meanings in English, but as used in the New Testament it almost always refers to the virtue of caritas.
Posted by -FJ at 9:43 PM No comments:

I parted, you parted

I parted, you parted

You sail on rivers
With an old oar
Leaking badly
You swim to shore
Pushed the waves away
But to no avail
You float on the sea
Sleep on the surface
Light through the fog
Posted by -FJ at 1:28 PM No comments: 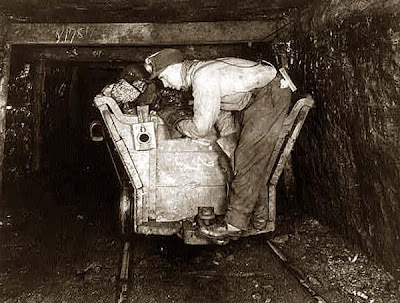 They dug all night, they dug all day
And finally cleared the earth away
At the Tadley Treacle Mines

So gentlemen take heed I pray
And do not go to work today
At the Tadley Treacle Mines
Posted by -FJ at 11:54 AM 2 comments:

The Prophecy of King Tammany 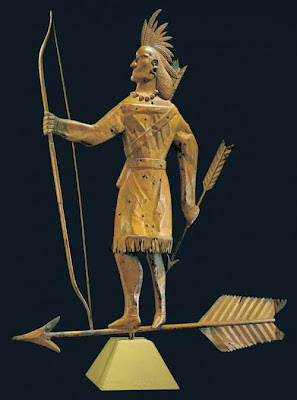 The Indian Chief who, fam'd of yore
Saw Europe's sons advent'ring here
Look'd sorrowing to the crowded shore,
And sighing dropt a tear:
He saw them half his world explore,
He saw them draw the shining blade,
He saw their hostile ranks display'd,
And cannons blazing thro' that shade,
Where only peace was known before.

"Ah what unequal arms! he cry'd,
How are thou fall'n my country s pride,
The rural sylvan reign!
Far from our pleasing shores to go
To Western Rivers, winding slow,
Is this the boon the Gods bestow?
What have we done, great patrons, say,
That strangers seize our woods away,
And drive us naked from our native plain?

Rage and revenge inspire my soul,
And passion burns without control
Hence strangers, to your native shore,
Far from our Indian shades retire.
Remove these Gods that vomit fire,
And stain with blood these ravag'd glades no more.

In vain I weep, in vain I sigh,
These strangers all our arms defy,
As they advance our chieftains die!—
What can their hosts oppose?
The bow has lost its wonted spring,
The arrow faulters on the wing,
Nor carries ruin from the string
To end their being and our woes.
"Yes yes—I see our nation bends;
The Gods no longer are our friends,
But why these weak complaints and sighs?
Are there not gardens in the West,
Where all our far fam'd Sachems rest?
I ll go an unexpected guest;
And the dark horrors of the way despise.

"Ev'n now the thundering peals draw nigh,
‘Tie theirs to triumph, ours to die!
But mark me, Christians, ere I go—
Thou too shalt have thy share of woe,
The time rolls on, not moving slow,
When hostile squadrons for your blood shall come,
And ravage all your shore!
Your warriors and your children slay,
And some in dismal dungeons lay,
Or lead them captive far away,
To climes unknown, thro' seas untry'd before.

"When struggling long, at last with pain,
You brake a cruel tyrant's chain,
That never shall be joined again,
When half your foes are homeward fled,
And hosts on hosts in triumph fled,
And hundreds maim'd and thousands dead,
A timid race shall then succeed,
Shall slight the virtues of the firmer race,
That brought your tyrants to disgrace,
Shall give your honours to an odious train,
Who shunn'd all conflicts on the main,
And dar'd no battles on the plain,
Whose little souls sunk in the gloomy day,
When Virtues only could support the fray,
And sunshine friends keep off or ran away.

"So spoke the chief; and rais'd his funeral pyre—
Around him soon the crackling flames ascend;
He smil'd amid the fervours of the fire,
To think his troubles were so near their end,.
Till the freed soul, her debt to nature paid,
Rose from the ashes that her prison made,
And sought the world unknown, and dark oblivion's shade. "