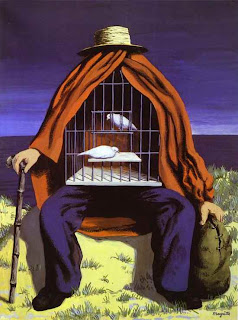 Imagination has been called that 'busy faculty' which is always intruding upon us in the search after truth. But imagination is also that higher power by which we rise above ourselves and the commonplaces of thought and life. The philosophical imagination is another name for reason finding an expression of herself in the outward world. To deprive life of ideals is to deprive it of all higher and comprehensive aims and of the power of imparting and communicating them to others. For men are taught, not by those who are on a level with them, but by those who rise above them, who see the distant hills, who soar into the empyrean. Like a bird in a cage, the mind confined to sense is always being brought back from the higher to the lower, from the wider to the narrower view of human knowledge. It seeks to fly but cannot: instead of aspiring towards perfection, 'it hovers about this lower world and the earthly nature.' It loses the religious sense which more than any other seems to take a man out of himself. Weary of asking 'What is truth?' it accepts the 'blind witness of eyes and ears;' it draws around itself the curtain of the physical world and is satisfied. The strength of a sensational philosophy lies in the ready accommodation of it to the minds of men; many who have been metaphysicians in their youth, as they advance in years are prone to acquiesce in things as they are, or rather appear to be. They are spectators, not thinkers, and the best philosophy is that which requires of them the least amount of mental effort. 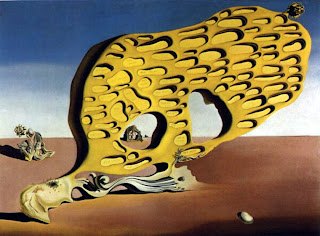 This is how it should be done. Lodge yourself on a stratum, experiment with the opportunities it offers find an advantageous place on it, find potential movements of deterritorialization, possible lines of flight, experience them, produce flow conjunctions here and there, try out continua of intensities segment by segment, have a small plot of new land at all times. It is through a meticulous relation with the strata that one succeeds in freeing lines of flight, causing conjugated flows to pass and escape and bringing forth continuous intensities for a BwO (Body w/o Organs).

- Deleuze and Guattari, "A Thousand Plateaus"

Something on Separation and Alienation...
Posted by -FJ the Dangerous and Extreme MAGA Jew at 12:27 PM