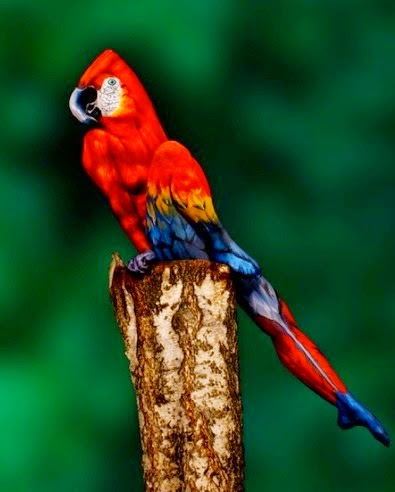 
How could movements of deterritorialization and processes of reterritorialization not be relative, always connected, caught up in one another? The orchid deterritorializes by forming an image, a tracing of a wasp; but the wasp reterritorializes on that image. The wasp is nevertheless deterritorialized, becoming a piece in the orchid's reproductive apparatus. But it reterritorializes the orchid by transporting its pollen. Wasp and orchid, as heterogeneous elements, form a rhizome. It could be said that the orchid imitates the wasp, reproducing the image in a signifying fashion (mimesis, mimicry, lure, etc.). But this is true only on the level of the strata -- a parallelism between two strata such that a plant organization on one imitates an animal organization on the other. At the same time, something else entirely is going on: not imitation at all but a capture of code, surplus value of code, an increase in valence, a veritable becoming, a becoming-wasp of the orchid and a becoming-orchid of the wasp. Each of these becomings brings about the deterritorialization of one term and the reterritorialization of the other; the two becomings interlink and form relays in a circulation of intensities pushing the deterritorialization ever further. There is neither imitation nor resemblance, only an exploding of two heterogeneous series on the line of flight composed by a common rhizome that can no longer be attributed to or subjugated by anything signifying. Remy Chauvin expresses it will: "the aparallel evolution of two beings that have absolutely nothing to do with each other." More generally, evolutionary schemas may be forced to abandon the old model of the tree and descent. Under certain conditions, a virus can connect to germ cells and transmit itself as the cellular gene of a complex species; moreover, it can take flight, move into the cells of an entirely different species, but not without bringing with it "genetic information" from the first host (for example, Benveniste and Todaro's current research on a type C virus, with its double connection to baboon DNA and the DNA of certain domestic cats). Evolutionary schemas would no longer follow models of arborescent descent going from the least to the most differentiated, but instead a rhizome operating immediately in the heterogeneous and jumping from one already differentiated line to another. Once again, there is aparallel evolution, of the baboon and the cat; it is obvious that they are not models or copies of the other (a becoming-baboon in the cat does not mean the cat "plays" baboon). We form a rhizome with our viruses, or rather our viruses cause us to form a rhizome with other animals. As François Jacob says, transfers of genetic material by viruses or through other procedures, fusions of cells originating in different species, have results analogous to those of "the abominable couplings dear to antiquity and the Middle Ages." Transversal communications between different lines scramble the genealogical trees. Always look for the molecular, or even submolecular, particle with which we are allied. We evolve and die more from our polymorphous and rhizomatic flus than from hereditary diseases, or diseases that have their own line of descent. The rhizome is an anti-genealogy.

Gilles Deleuze & Felix Guattari, "A Thousand Plateaus: Capitalism and Schizophrenia" (1987)
Posted by -FJ the Dangerous and Extreme MAGA Jew at 9:20 AM