Why Herodotus (and not Thucycides) is Considered "The Father of History"

The story is a small one. But as China challenges America’s predominance, misunderstandings about each other’s actions and intentions could lead them into a deadly trap first identified by the ancient Greek historian Thucydides. As he explained, “It was the rise of Athens and the fear that this instilled in Sparta that made war inevitable.” The past 500 years have seen 16 cases in which a rising power threatened to displace a ruling one. Twelve of these ended in war.

Of the cases in which war was averted — Spain outstripping Portugal in the late 15th century, the United States overtaking the United Kingdom at the turn of the 20th century, and Germany’s rise in Europe since 1990 — the ascent of the Soviet Union is uniquely instructive today. Despite moments when a violent clash seemed certain, a surge of strategic imagination helped both sides develop ways to compete without a catastrophic conflict. In the end, the Soviet Union imploded and the Cold War ended with a whimper rather than a bang. 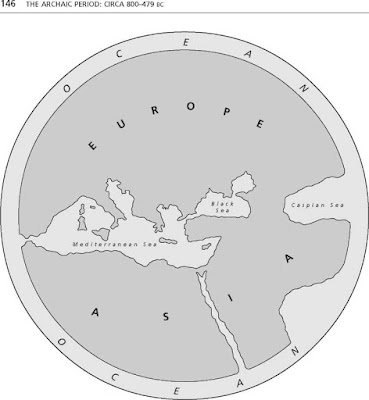 Figure 9.1 Reconstruction of the map of the world (Hecataeus’?) which Herodotus ridiculed
Posted by -FJ at 1:43 PM

Wasn't it the Great American Sage Henry Ford who said, "History is Bunk?"

I can't accede to that, but i DO most heartily agree with my high school Civics teacher who announced at the beginning of our Junior Year:

Sad but true! I have come to wonder, perhaps too often since I reached my sixtieth year, if there has ever been a point to learning anything at all? Certainly whatever knowledge or wisdom I may have acquired has gone completely to waste. I find myself uncreasungkt alone with all of it.

The masses are asses, and there is NOTHING that can be done to alter the fact. Those we like to call "successful" are those who have a talent for MANIPULATING the MASSES.

To succeed in that endeavor the first rule of thumb is NEVER tell ANYONE the TRUTH.

If you think otherwise, just remember what happened to JESUS CHRIST.

HE told the TRUTH, and "WE" NAILED HIM to the CROSS!

History is a backward's looking thing. It not entirely "bunk"... but it's not "science" either. Walter benjamin sums "history" up perfectly...

A Klee painting named Angelus Novus shows an angel looking as though he is about to move away from something he is fixedly contemplating. His eyes are staring, his mouth is open, his wings are spread. This is how one pictures the angel of history. His face is turned toward the past. Where we perceive a chain of events, he sees one single catastrophe which keeps piling wreckage upon wreckage and hurls it in front of his feet. The angel would like to stay, awaken the dead, and make whole what has been smashed. But a storm is blowing from Paradise; it has got caught in his wings with such violence that the angel can no longer close them. The storm irresistibly propels him into the future to which his back is turned, while the pile of debris before him grows skyward. This storm is what we call progress.--Walter Benjamin

Good GOD! Walter Benjamin was a member of the FRANKFURT SCHOOL.

His negative, nightmarish visions are, therefore, grounds for IMMEDIATE DISMISSAL and REJECTION.

We must RESIST the dismal, depressing, daunting, terrifying, hideousy uglym utterly demoralizing views of LEFTISTS and DENOUNCE them as UNGODLY and therefore EVIL.

I truly believe that leftists, whether they know it or not, act as SERVANTS of SATAN.

Vice is a creature of such feaful mien
As to be hated needs to be seen.
Yet seen to oft –– famliar wuth her face
First we endure, then pity – then embrace.


Su[bstitute the name of ANY vicious, corruot, noxious, ugly, vile or highly undesirable thing for "vice," and the meaning of Pope's famed verse lstill holds true.

A more commin way of putting it would be: "You can't step in a pasture pie without turning your shoes into a stinking mess."

Lucifer was not "the most beautiful of all of God's angels" for no reason.

Be careful. "A Soul is a Terrible Thing to Lose."

A little poison now and then: that makes for pleasant dreams. And much poison at the end for a pleasant death- Nietzsche, "Zarathustra"