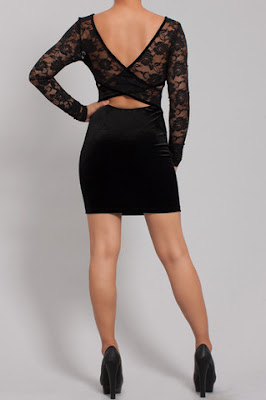 Regrets from the End of the Patriarchy
Posted by -FJ at 12:29 PM

All we need to do now is invent a means of preventing sexual harassment...

As for the contract idea... illegal acts in contracts render them both invalid an unenforcable.

Did you watch the Golden Globes? I did. Seems Rose McGowan was angry at Meryl Streep for...lots of things. This whole situation is like a comedy/tragedy playing out before our eyes. I wonder if hollywood "stars" (I don't like that title) are really any different than the rest of us, psychologically. I mean, they take a subject like violent rape / assault / harassment, and they SILENTLY PROTEST by wearing low-cut BLACK EXPENSIVE designer dresses? I'm sure all the victims of rape / assault living in poverty were really moved by that gesture...

How about wearing jeans and a t shirt? how about not killing yourself with 5 inch high heels and a corset that hurts your back, all to fulfill some mythical image that we continue to perpetuate. Sometimes the simplest things are the hardest for people to see.

If these women want to be taken seriously, they have to first stop objectifying themselves. Of course, that's a slippery slope of subjective opinions, but I think it's a start. Frances McDormand is my favorite lately. But then again, you know I've always leaned a little too far in favor of justice vs. grace.

p.s. Have you seen Three Billboards??

I haven't seen 3 billboards. I admit, I watched the opening monologue of the Globes, just to hear Seth Meyers(?) bow and scrape to "the #MeToo's". I liked Catherine DeNeuve's response to the movement, explaining that women are not "victims" in authentic feminism.

Tribune. Rape is a crime. But insistent or clumsy drag is not a crime, nor is gallantry a machismo aggression.

As a result of the Weinstein affair, there has been a legitimate awareness of sexual violence against women, particularly in the workplace, where some men abuse their power. She was necessary. But this liberation of speech turns today into its opposite: we are intimate to speak properly, to silence what is angry, and those who refuse to comply with such injunctions are regarded as treacherous, accomplices!

But it is the characteristic of Puritanism to borrow, in the name of a so-called general good, the arguments of the protection of women and their emancipation to better bind them to a status of eternal victims, poor little things under the influence of demon phallocrats, as in the good old days of witchcraft.

In fact, #metoo has led in the press and on social networks a campaign of public denunciations and impeachment of individuals who, without being given the opportunity to respond or defend themselves, were put exactly on the same level as sex offenders. This expeditious justice already has its victims, men sanctioned in the exercise of their profession, forced to resign, etc., while they were only wrong to have touched one knee, tried to steal a kissing, talking about "intimate" things at a business dinner, or sending sexually explicit messages to a woman who was not attracted to each other.

This fever to send "pigs" to the slaughterhouse, far from helping women to empower themselves, actually serves the interests of the enemies of sexual freedom, religious extremists, the worst reactionaries and those who believe name of a substantial conception of the good and Victorian morality that goes with it, that women are beings "apart", children with an adult face, demanding to be protected.

Read Olivier Roy's tribune: "What's the name of the pig? "

Opposite, men are summoned to beat their guilt and to find, in the depths of their retrospective consciousness, a "misplaced behavior" that they could have had ten, twenty or thirty years ago, and of which they should repent. Public confession, the incursion of self-proclaimed prosecutors in the private sphere, that installs as a climate of totalitarian society.

Read also: Personalities of the year of "Time": women who have "broken the silence" of sexual violence

The purificatory wave seems to know no limit. There, we censor a nude of Egon Schiele on a poster; here we call for the removal of a Balthus painting from a museum on the grounds that it would be an apology for pedophilia; in the confusion of the man and the work, we ask the ban of the Roman Polanski retrospective at the Cinémathèque and we obtain the postponement of that devoted to Jean-Claude Brisseau. An academic finds Michelangelo Antonioni's film Blow-Up "misogynistic" and "unacceptable". In the light of this revisionism, John Ford (The Prisoner of the Desert) and even Nicolas Poussin (The Abduction of Sabines) do not lead wide.

Publishers are already asking some of us to make our male characters less "sexist", to talk about sexuality and love with less disproportion, or to ensure that the "trauma suffered by female characters" is made more obvious! At the edge of ridicule, a bill in Sweden wants to impose a consent explicitly notified to any candidate for sexual intercourse! One more effort and two adults who will want to sleep together will first check through an "app" on their phone a document in which the practices they accept and those they refuse will be duly listed.
Indispensable freedom to offend/

Above all, we are aware that the human person is not monolithic: a woman can, in the same day, lead a professional team and enjoy being the sexual object of a man, without being a "slut" or a slut. a vile accomplice of patriarchy. She can ensure that her salary is equal to that of a man, but not feel traumatized forever by a rub on the subway, even if it is considered a crime. She can even consider it as the expression of great sexual misery, or even as a non-event.

Read Belinda Cannone's tribune: "The day when women feel empowered to express their desire, they will no longer be prey"

As women, we do not recognize ourselves in this feminism which, beyond the denunciation of abuses of power, takes the face of a hatred of men and sexuality. We believe that the freedom to say no to a sexual proposal is not without the freedom to bother. And we consider that we must know how to respond to this freedom to annoy other than by shutting ourselves up in the role of the prey.

For those of us who have chosen to have children, we feel it is better to raise our daughters so that they are informed and aware enough to live their lives without intimidation or guilt.

Accidents that can affect a woman's body do not necessarily reach her dignity and must not, however hard sometimes, necessarily make her a perpetual victim. Because we are not reducible to our body. Our inner freedom is inviolable. And this freedom that we cherish is not without risks or responsibilities.

I think "drag" should have been translated "pass" in the Babel translation of the 100 women letter, above.