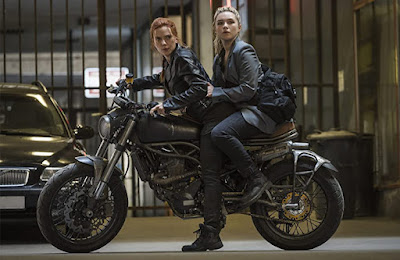 On today's market, we find a whole series of products deprived of their malignant property: coffee without caffeine, cream without fat, beer without alcohol… The list goes on: virtual sex as sex without sex, the art of expert administration as politics without politics, up to today's tolerant liberal multiculturalism as an experience of 'Other' deprived of its disturbing Otherness.

We should add to this series another key figure from our cultural space: a decaffeinated protester, a protester who says all the right things, but somehow deprives them of their critical edge. He is horrified by global warming, he fights sexism and racism, he demands a radical social change — and everyone is invited to join in, to participate in the big sentiment of global solidarity, which means: you are not required to change your life (maybe just give to charity here and there), you go on with your career, you are ruthlessly competitive, but you are on the right side…

Should we then be really surprised to find the same decaffeinated critical stance in recent Hollywood films? There are many falsely-progressive movies which are for 'the right cause' (openness to immigrants, the predicament of the nomadic working class, feminine solidarity), but they deal with their topic in a way which neutralizes its critical edge. Let's take three: Black Widow, Luca and Nomadland.

Black Widow is best characterized as part of a meta-genre: Marvel superheroes meet Bourne or Bond…but a more pertinent characterization is that of a Marvel movie made in the conditions of the #MeToo wave. How is this feminization inscribed into the texture of the film? Black Widow is directed by a woman (Cate Shortland) — we can speculate that this fact accounts for some of the film's features, some of which are more pertinent than the blatant #MeToo motifs. The emotional focus of the film is the relationship between Natasha (Scarlett Johansson) and Yelena (Florence Pugh), a sisterly pair engaged in a complex relationship of love and competition, care and suspicion. In a similar vein, the best episode of the film takes place in Budapest, in an ordinary apartment inside a house with crumbling facade.

In a prologue set 2 years earlier than the main action, we discover that Natasha and Yelena are not real sisters: in 1995, super-soldier Alexei Shostakov (David Harbour) and Black Widow Melina Vostokoff (Rachel Weisz), are undercover Russian agents, posing as a family in Ohio with their surrogate daughters Natasha Romanoff and Yelena Belova. After finishing their mission there, they escape back to Russia where General Dreykov (Ray Winstone) has Romanoff and Belova taken to the Red Room for training to become Black Widows: perfect assassins whose minds are controlled (in Yelena’s case, chemically). Twenty years later, the two women are longing for a proper place in a nuclear family — although they both know that the nuclear family they were a part of as small girls was fake. Liberation for Yelena is not liberation from family ties but liberation from the mind-control program which Dreykov had installed in her brain. In their attempt to regain freedom, the two heroines liberate Alexei, their ‘natural’ father, from prison. They want to use him to help them find Dreykov — but Alexei is now a rather impotent and aged wash-up.

You could argue that the key to the film is provided by the two paternal figures: the father who was imposed onto them as their ‘natural’ parent is a weak clown; his absence is filled in by a figure who, instead of exerting symbolic authority over his ‘children’, controls them directly via their brains. Here we should ask some simple questions: why are all Dreykov’s agents women? And why was the Red Room’s chemical agent which enables Dreykov to control his agents’ minds developed by a woman (Melina Vostokoff, the heroines’ fake mother)? Does this not indicate that Dreykov, far from being simply an extreme male fantasy of the total domination over women, is rather a figure of feminine fantasy? This fantasy is weak and ineffective — which is why, although Ray Winstone is usually excellent as an evil character, Dreykov somehow doesn’t catch on as a bad guy. The last half-hour of the film (the protracted battle against Dreykov) ends up being flat and boring. It is at this point that the film turns wrong: what today, in a time of weakened paternal authority, prevents women’s full emancipation is not (yet) a ridiculous form of mind-control but a set of social and ideological conditions. Dreykov as the ultimate enemy is a fetish, a ridiculous mask that obfuscates these conditions.

A similar obfuscation is easily detectable in Enrico Casarosa’s Luca (2021). Set on the Italian Riviera in the Fifties and Sixties, the film centers on Luca Paguro, a sea monster boy with the ability to assume human form while on land, who explores the town of Portorosso with his new human best friend Alberto Scorfano, and experiences a life-changing summer. The sea monsters as a ‘metaphor for feeling different’, from LGBT+ to immigrants — sound nice in theory, but the film is offering ideology at its worst: in this universe there is no conflict between sea monsters or the humans, only trust, friendship and tolerant understanding.

So what’s wrong with Chloé Zhao’s Nomadland (2020) which seems to focus precisely on the social and ideological conditions of workers? In Germany and some other countries, what is called ‘classism’ is coming into vogue: a class version of the politics of identity. Workers are taught to safeguard and promote their socio-cultural practices and self-respect, they are made aware of the crucial role they play in social reproduction… The workers’ movement thus becomes another element in the chain of identities, like a particular race or sexual orientation. Such a ‘solution’ of the ‘workers’ problem’ is what characterizes fascism and populism: they respect workers and admit that they are often exploited, and they (often sincerely) want to make their position better within the coordinates of the existing system. Trump was doing this, protecting US workers from banks and the unfair Chinese competition.

Is Nomadland not the ultimate example of such ‘classism’? It portrays the daily lives of our ‘nomadic proletarians’, workers without a permanent home, who live in trailers and wander around from one temporary job to another. They are shown as decent people, full of spontaneous goodness and solidarity with each other. They inhabit their own world of small customs and rituals and enjoy their modest happiness. Even the occasional work in an Amazon packaging center goes quite well. That’s how our hegemonic ideology likes to see workers — no wonder the movie was the big winner at the last Oscars. Although the lives depicted are rather miserable, the movie bribes us into enjoying it with the charming details of the specific way of life. Its subtitle could have been: ‘Enjoy being a nomadic proletarian!’

It’s precisely the refusal to play the part of such an element in the chain of identities which defines the authentic workers’ movement. In India, I met with the representatives of the lowest group of the lowest caste of the Untouchables, the dry toilet cleaners. I asked them about the basic premise of their program, what they wanted. They told me: ‘We don’t want to be ourselves, what we are.’ Workers are, to quote Jacques Ranciere, a ‘part of no-part’ of the social body, lacking a proper place in it, an antagonism embodied. Are we asking too much of Hollywood if we expect movies about lives which are a ‘part of no-part’ of our societies? Bong Joon-ho’s Parasite did it, Todd Phillips’s Joker did it — and it can be done again.

I saw Black Widow in the theaters, mainly because I'm brand-loyal to Marvel movies and the interconnectivity they possess. Since Disney has released it simultaneously on its streaming service, actress Scarlett Johansson has lost something like $50 million from box office royalties due to he contract not written for streaming service subscription sales. Disney pretty much shagged her rotten. It is it'll be interesting so see how the lawsuit goes.

Sounds like the perfect genre for Johansson. But then, Ghost in the Shell bombed, too.

I was wrong about there ever being a Black Widow movie for her. It shouldn't of happened. It wasn't necessary.