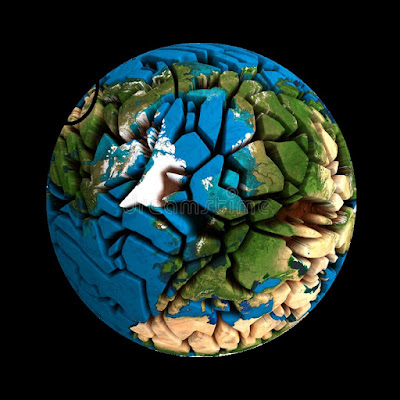 Democratic capitalism is in crisis and we are slowly approaching an alternative -- what is poetically called "capitalism with Asian values," which has nothing to do with Asia but is a more authoritarian one. And again, it's not just China or Singapore -- it's Russia, it's Turkey. Even in places where democracy is still formally alive, it's becoming more and more irrelevant as we see with this TTIP (Transatlantic Trade and Investment Partnership -- a proposed trade agreement between the European Union and the United States) and other commercial agreements, which are incredibly important. They set the frame for what governments can do, but without any democratic consultation -- they're half-secret, and so on.

I'm Circling the Drain, thank God, and refuse to allow this verminous SHIT to spoil whatever may be left of my time on earth.

Since the vast majority of Humankind appears to be irredeemably, irremediably STUPID, our species probably DOES deserve to become EXTINCT.

Face it: – with apparent majorities STILL embracing variants of MARXISM –– The demonically clever JEWISH Hate-Based Initiative Designed to Destroy CHRISTENDOM once and for all –– , there is NO HOPE for an amiable , ascendant, salubrious future.

I do CARE, but there's NOTHING I can DO to ameliorate OUR imminent DECLINE and FALL

Humanity has IMMUNIZED itself –– thanks to powerful Sophistry and Guile –– to any ability to RECOGNIZE and BENEFIT from GOD's TRUTH.

The WAGES of SIN [denial of and attempts to repudiate God's Truth] is D_E_A_T_H.

Sorry, Oscar darlung, but I'm no longer a "Cockeyed Optimist." My only remaining hope is the possibility of Redemption in the Afterlife.