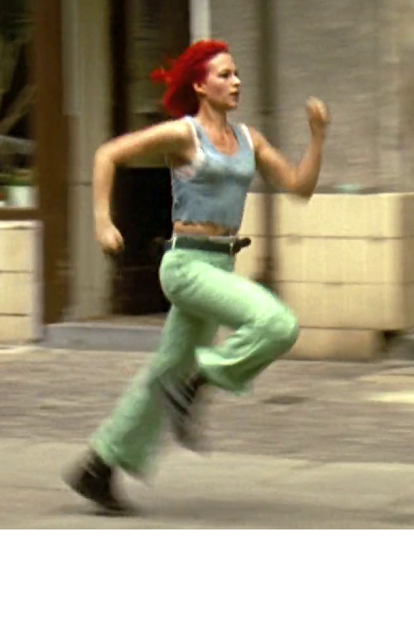 Tom Tykwer's Run Lola Run (1998) is, in a sense, a postmodern and enthusiastic iteration of Krzysztof Kieślowski's Blind Fortune (1987). Berlin punk girl Lola (Franka Potente) must find a hundred thousand German marks in twenty minutes to save her boyfriend from being killed; Three alternative sequels are enacted:

1) Her boyfriend is killed.

3) Lola gets the job done, her boyfriend finds the lost money, and the two of them have a happy ending with a hundred thousand German marks gain.

Also, judging by a series of signs, both Lola and the other people seem to remember previous versions in a mysterious way.

While Lola is the exact opposite of Blind Fortune in terms of her adrenaline-fueled exuberant speed and animating energy, the two films are based on the same formal matrix: both films can be interpreted as if only the third story is "real" and the fanciful price that the subject must pay to reach this "real" result is staged in the other two stories.

What's interesting about Lola is her tonality: not only her rapid rhythm, her machine-gun-like montages, her use of instantaneous frames, the protagonist's overflowing pulses and vitality, but more importantly, the way these visual elements are immersed in the soundtrack – the continuous techno-musical acoustic rhythm that captures Lola's – and therefore us audience's heartbeat.

While the film's visual grandeur dazzles, let's not forget that those images are subordinated to this musical acoustic (this endlessly exuberant and compelling rhythm) – the only thing that can break that rhythm is an overflowing vitality, and that is Lola's uninhibited cry repeated in each of the three versions.

That's why a movie like Lola could only stand out in a world that included MTV culture. Here the same reversal as proposed by Fredric Jameson in the context of Hemingway's style must be made: it cannot be said that Lola's formal features accurately express the narrative; on the contrary, the narrative in the film was invented to be able to apply this style.

The first words in the film ("the game lasts ninety minutes, everything else is theory") are reminiscent of computer games: Just as there are always three lives in computer games, Lola is given three lives. Thus, "real life" is staged in the guise of a fictional computer game.

Here we must resist the temptation to claim that Lola is inferior culture and Kieślowski's Blind Fortune is high culture: we cannot pretend that Kieślowski has a thoughtful existentialist stance in the face of Tykwer's computer game techno-rock MTV universe.

In a sense, even if this is indeed the case, and even if it is obvious, there is something much more important:

The basic matrix of narrative alternative twists is much better hit by Lola: Blind Fortune, who ultimately looks novice and artificial, as if this film is trying to tell her own story by putting it into an inaccurate form, while Lola's form fits perfectly into the context she describes.

Notes:
From the Fear of True Tears 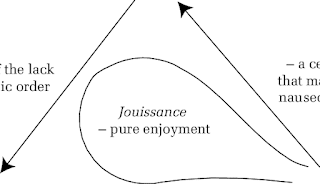