An Appeal to Being MORE Politically Incorrect... 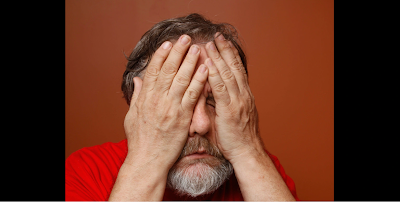 Zizek is on the left and dislikes political correctness. How does that work out?
Slavoj Zizek is a well-known philosopher and cultural critic; loved as much for his eccentricities and provocative statements as his thought. He is well known for being a kind of communist. However, his left-wing stances are tempered by a passionate dislike for one thing that many young leftists hold dear – political correctness.

In the above video clip, Zizek explains why he thinks political correctness is not merely a term for politeness nor a conspiracy against the American way of life but is a way of using language in ways that hides the problems of society without actually doing anything to solve them.

As he says in the video:

“Imagine you or me, I’m a small boy. It’s Sunday afternoon. My father wants me to visit our grandmother. Let’s say my father is a traditional authority. What would he be doing? He would probably tell me something like, “I don’t care how you feel; it’s your duty to visit your grandmother. Be polite to her and so on.” Nothing bad about this I claim because I can still rebel and so on. It’s a clear order.

But what would the so-called post-modern non-authoritarian father do? I know because I experienced it. He would have said something like this, “You know how much your grandmother loves you, but nonetheless I’m not forcing you to visit her. You should only visit her if you freely decide to do it.” Now every child knows that beneath the appearance of free choice there is a much stronger pressure in this second message. Because basically your father is not only telling you, you must visit your grandmother, but you must love to visit it. You know he tells you how you must feel about it. It’s a much stronger order.”

By giving the order “go visit your grandmother” in kinder, gentler language the order not only takes on the air of a request but becomes a more comprehensive statement. Zizek, who has written at length on how difficult it can be to escape ideologies that seem natural or non-controversial, notes that this is the same authoritarianism as the days of old, but is harder to fight because of its presentation.

In another section of the clip, he remarks:

“Do you know that when civil war exploded in Yugoslavia, early ’90s and already before in the ’80s, ethnic tensions. The first victims were these jokes; they immediately disappeared. Because people felt well that, for example, let’s say I visit another country. I hate this politically correct respect, oh, what is your food, what are your cultural forms. No, I tell them tell me a dirty joke about yourself and we will be friends and so on.

So you see this ambiguity — that’s my problem with political correctness. No it’s just a form of self-discipline, which doesn’t really allow you to overcome racism. It’s just oppressed controlled racism. And the same goes here.”

For Zizek, political correctness doesn’t address any of the problems, like racism, it hopes to solve, but instead regulates them. Given his historic dedication to the left-wing notions of actually solving those problems, you can easily understand why he wouldn’t like something that claims to do everything but accomplishes nothing in that area.

In this way, politically correct language can actually be better at maintaining old systems of oppression than at fixing them, since now you’re talking about them in cleaned up language rather than the direct, blunt language that makes the issue plain.

SO, WHAT WOULD HE HAVE US DO?

Before a few of you start telling racist, sexist, or otherwise humiliating jokes for the hell of it; he is not endorsing that at all.

He is merely saying that context is everything and that we should be less concerned about the specific language or jokes used and more concerned about how we use them. If a joke or word is used to humiliate people and keep them down, it and the person who uttered it should be condemned. If a joke is used to break the ice, address the elephants of race and gender in the room, and help to bring people together in a way that is not humiliating or patronizing he suggests it is permissible and even useful.

To quote him directly:

“Because it’s easy to be a non-racist in this political correct way oh I respect your food, your national identities, no. When does it happen real contact with another? I claim it’s very difficult to arrive at it without a small exchange of an obscenity. It works in a wonderful way. So I claim for me and ideal post racist situation is let’s say I am an Indian and you are an African American. We are telling all the time dirty jokes to each other about each other about ourselves, but in such a way that we just laugh and the more we are telling them the more we are friends.

Why? Because in this way we really resolved the tension of racism. What I’m afraid, now coming back to your question, with political correctness is that it’s a desperate reaction. They know they cannot solve the real problem so they escaped into controlling how we speak about it. And by real problem I don’t to mean in a primitive way just economic redistribution and so on, but even the symbolic fact of actual social relationship and so on.”

His stance reminds me of another great thinker’s ideas of language and our attempts to clean it up without changing how we feel about what it refers to.


IS THIS JUST SOME ONE-OFF THING OR DOES HE TIE THIS BACK TO HIS PHILOSOPHY?

His stance against political correctness ties back into his ideas about ideology, in particular how ideologies create systems in which they become self-reinforcing.

In a 2007 essay called Tolerance as an Ideology Category, Zizek addressed similar issues of tolerance being used as a tool to perpetuate repressive systems rather than as a tool to address them. He opens the essay with a bold claim:

“Why are today so many problems perceived as problems of intolerance, not as problems of inequality, exploitation, injustice? Why is the proposed remedy tolerance, not emancipation, political struggle, even armed struggle? The immediate answer is the liberal multiculturalist’s basic ideological operation: the ‘culturalization of politics’ – political differences, differences conditioned by political inequality, economic exploitation, etc., are naturalized/neutralized into ‘cultural’ differences, different ‘ways of life,’ which are something given, something that cannot be overcome, but merely ‘tolerated.'”

Most criticism of political correctness comes from the right, where it is viewed as either “Cultural Marxism,” censorship, or evidence that people are too sensitive. Zizek is a curious example of a left-wing critic of the practice. While his tendency to tell dirty jokes might be a bit off-putting and his enjoyment of riling people up intemperate; he does base his arguments not on wanting to “go back to the way things were” but instead on a sincere dedication to actually changing oppressive systems for the betterment of all and not just changing how we talk about them.

Posted by -FJ the Dangerous and Extreme MAGA Jew at 10:50 AM