Slavoj Žižek, "The ethical beauty of persuasion without believing" (Google translated from Turkish)

If you pretend to believe, if you make you believe what you believe, if you put on the mask of faith, you will believe, faith will come to you little by little.
How do we connect the subject to this formula of Pascal's? Are women people stuck in stage one? But what about the idea of persuasion (pretending) so as not to drown in faith?

For example, if my love suffocates me, I exclude it through rituals, act as if I am in love, get married, etc. so that I can distance myself from my love and give myself a breathing space.

Could it be that we pretend to be men in order to transfer faith in our masculinity to someone else? Which brings us to what happened in Rossellini's late-stage masterpiece, General della Rovere, in which the Germans arrested an unskilled robber/con artist (played wonderfully by Vittorio de Sica) in Genoa in the winter of 1944/45.

The Germans offer him a deal: he will leak secret information by convincing the imprisoned political prisoners that he is the legendary Resistance hero General della Rovere and will learn the true identity of the important Resistance leader "Fabrizio".

But this unskilled robber gets so caught up in his role that he eventually takes full ownership of the role and chooses to be shot as a General. The unskilled robber pretends to be a General, makes him believe that he is a General, but does he follow Pascalian logic and ultimately believe it himself?

Of course he wouldn't, he would just be crazy if he really believed that. The ethical beauty of the film is that despite knowing exactly who he is until the bitter end, this unskilled robber is still ready to lay down his life as General della Rovere.

From the Void That Cannot Hold Itself Back 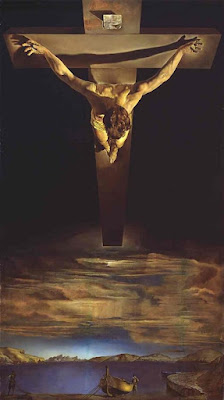 “Where there is no love, put love–and you will find love.”