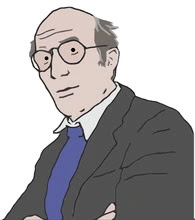 Dynamistic Echology resonates well with Niklas Luhmann's Ecological Communication (1985) [1]. The key concept that connects Luhmann to psychoanalysis is self-referential.
When we say self-referential, the Essential-Cursor that comes to mind (S1) It is well known that there is a self-referential element in the master's discourse that blindly repeats itself, so it is also called empty signifier or floating signifier.
But S1 The self-referentiality of is tainted by the particularity of the cursor himself. To distill the element of pure self-referential, we must focus on the truth of the Master's discourse, that is, on the crossed-out subject ($) that brings about the discourse of hysteria. The only reason the Essential-Cursor is self-referential is because it captures the hysteria of the $, which fuels the desire for presence in speech and language [2].
Even if there is a traditional disagreement between Hakim Efendi and the hysterical who questions dominance, this lack of coordination has gradually transformed over the past 50 years into increasingly hysterical masters, who can take advantage of their own hysterical defeatism to strengthen their own dominance. In the capitalist discourse formulated by Lacan to express this development, the Efendi discourse is S1 and $ is replaced. This new hysterical mastery is called "self-remitting autopoiesis" in Luhmann's work [3].
Luhman makes an important distinction between first-order observation and second-degree observation. First-order observation is a naïve ontology of reality. In the contemporary philosophical environment, this naivety belongs to the latest fashionable "new materialisms" and "object-oriented ontologies." This naïve claim to ascertain "objective reality" is based on fetishist denial and is worthy of the Master's discourse.
Luhmann's preferred second-order observation can not only sink into the self-referentiality of observing his environment, but can also observe the self-referentiality of another observer. This formula immediately brings to mind the analytical discourse obtained by making a quarter turn to the discourse of hysteria. The hysterical is embedded in its own self-referentiality, while the analyst can observe the self-referential hysteria. In Luhmann's words, the analyst can see that "hysteria cannot see what it cannot see," which is a very good formula for the psychoanalytic symptom to become a blind spot.
The famous May 1968 protests, which coincided with the meteoric rise of environmentalism in the 1960s and 1970s, marked the beginning of a global transformation that shifted the emphasis of capitalist domination from prohibition to permissiveness [4]. Lacan is known to have called the 1968 protesters "naïve hysterics who actually wanted a new Master." The lenient new Master, which replaces the traditional prohibitive Master discourse, has two alternative references: either it refers to the power-knowledge of the University discourse, which is indirectly fed by the self-referentiality of hysteria, or it refers to the direct "self-referential autopoiesis" of the hysterical masters in capitalist discourse, which is even worse than the university discourse.
Luhmann's conclusion that environmentalists were first-degree observers echoes Lacan's reasoning about the 1968 protesters: They were naïve ontologists who remained buried in their own self-reference. In other words, they were Masters, but they were actually hysterical.
Like the Lacanian analyst who dealt with the hysterical subject, Luhmann advised ecologists not to assume the position of protesters, content with directly observing the environment and gathering statistics, but rather "observing the protester" and thus seeing that "the protester cannot see what he cannot see"; in other words, he suggested that they observe and interpret the protestant/hysterical symptom in a dynamistic way, that is, they should be echolologists, not ecologists.
(English)
Işık Barış Fidaner is a computer scientist with a PhD (Boğaziçi University). He is the Editor of Irrelevant Things, the Editor of Žižekian Analysis, and the Curator of Görce Writings. Twitter: @BarisFidaner

I'm still learning Lacanian math and it's configurations w/ terms like... S1/S2. I often post things I don't quite understand to better familiarize myself with them.

You don't need to read and/or comment on them. I won't take offense, I promise. It would bore me if I weren't still trying to figure it all out so as to better apply it.

...but feel free to comment and/ orask questions if you want to. Nothing helps me learn something better than having to explain it or answer questions. :)

from the Jowett Summary/ Introduction to Plato's "Phaedrus":

Enough of the art of speaking; let us now proceed to consider the true use of writing. There is an old Egyptian tale of Theuth, the inventor of writing, showing his invention to the god Thamus, who told him that he would only spoil men's memories and take away their understandings. From this tale, of which young Athens will probably make fun, may be gathered the lesson that writing is inferior to speech. For it is like a picture, which can give no answer to a question, and has only a deceitful likeness of a living creature. It has no power of adaptation, but uses the same words for all. It is not a legitimate son of knowledge, but a bastard, and when an attack is made upon this bastard neither parent nor anyone else is there to defend it. The husbandman will not seriously incline to sow his seed in such a hot-bed or garden of Adonis; he will rather sow in the natural soil of the human soul which has depth of earth; and he will anticipate the inner growth of the mind, by writing only, if at all, as a remedy against old age. The natural process will be far nobler, and will bring forth fruit in the minds of others as well as in his own.

This is also why most of Plato's works were in the "dialogue" form... as Hegel would later remark... thesis-anti-thesis-synthesis.